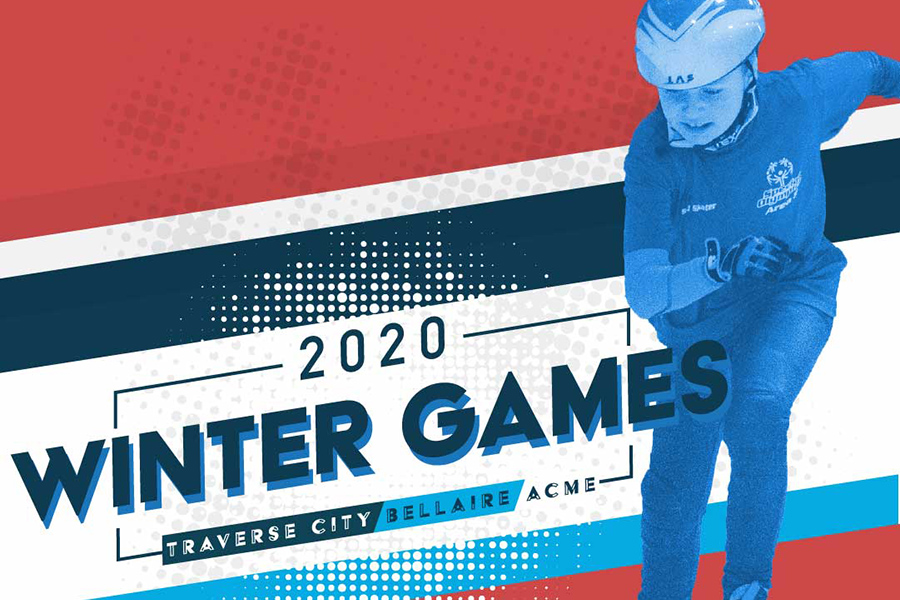 This marks the 44th Special Olympics Michigan State Winter Games – all of which have been held in the greater Grand Traverse area. A roster of 837 athletes will participate with an additional 402 coaches and chaperones, plus 500 volunteers will also take part in the Games. During competition, athletes showcase the skills they’ve learned from months of intense training. Competition includes alpine skiing, snowboarding, cross-country skiing, snowshoeing, figure skating and speed skating.

There is never a charge for admission to any Special Olympics Michigan competitions. Alpine skiing, cross country skiing and snowboarding takes place at Schuss Mountain at Shanty Creek Resort Wednesday through Friday (Feb. 5-7). Figure skating and speed skating is held at Howe Ice Arena inside the Grand Traverse Civic Center on Wednesday and Thursday (Feb. 5-6). Snowshoe competition is at the Grand Traverse Resort and Spa Wednesday through Friday (Feb. 5-7).

Wertz Warriors, the presenting partner of the 2020 State Winter Games, is a group of approximately 90 dedicated individuals who travel on snowmobiles for a 900-mile endurance ride from Clinton Township up to Petoskey, raising money for Special Olympics Michigan. Wertz Warriors was created by Vic Wertz, who had a dream to, “completely underwrite the Special Olympics Michigan State Winter Games.” Since his dream became a reality in 1982, Wertz Warriors has raised awareness and more than $11.2 million for SOMI athletes. This year is the 39th ride for the Wertz Warriors.