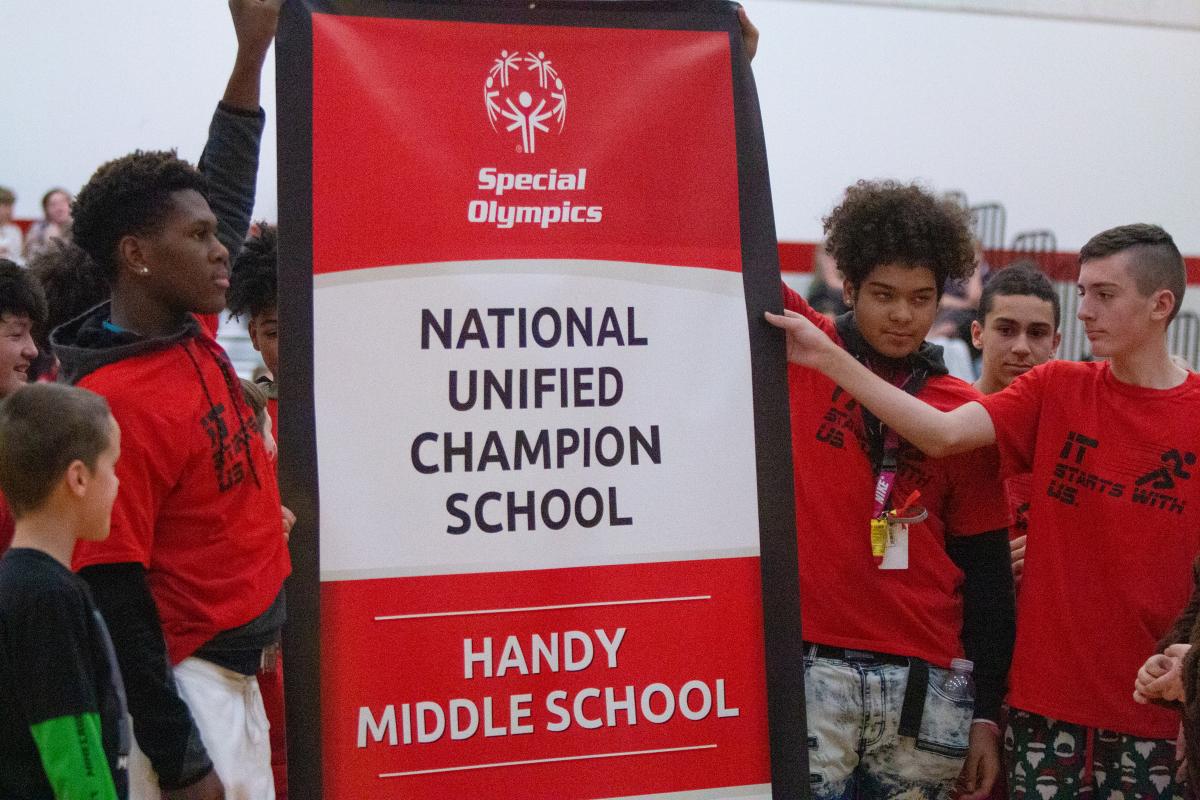 On Monday, December 16, Handy Middle School in Bay City was recognized as a Special Olympics Unified Champion Schools National Banner program. Handy is one of approximately 350 schools in the U.S. to receive the honor this year. A school receiving national banner recognition is one that has demonstrated commitment to inclusion by meeting 10 national standards of excellence. These standards were developed by a national panel of leaders from Special Olympics and the education community. Earlier this fall, Handy Middle School also received national recognition from ESPN, as one of 34 schools in the country to be named to the ESPN Honor Roll for promoting an inclusive school culture.