The Special Olympics Unified Cup Detroit 2022 proved to be a week-long event aimed at ensuring there is a place for everyone on and off the playing field. Teams from around the world showcased their athletic ability, eliminating the stigma of those with intellectual disabilities playing on a team with Unified partners. While the teams are Unified – is the playing time?

While Haack’s resume is nothing short of impressive, it pales in comparison to his push for equality. After participating as an athlete for Special Olympics Australia at the Unified Cup in 2018, Haack saw the need for change, observing what he calls player dominance. Player dominance is when a specific footballers control matchplay without utilizing other teammates.

Determined to initiate change and promote the #LiveUnified philosophy, Haack created, implemented, and filled the role of Involvement Surveyor while on the ground in Detroit for the Unified Cup.

Haack spent the week on the pitch observing and researching matchplay, tracking possession and play time of each footballer on the field. 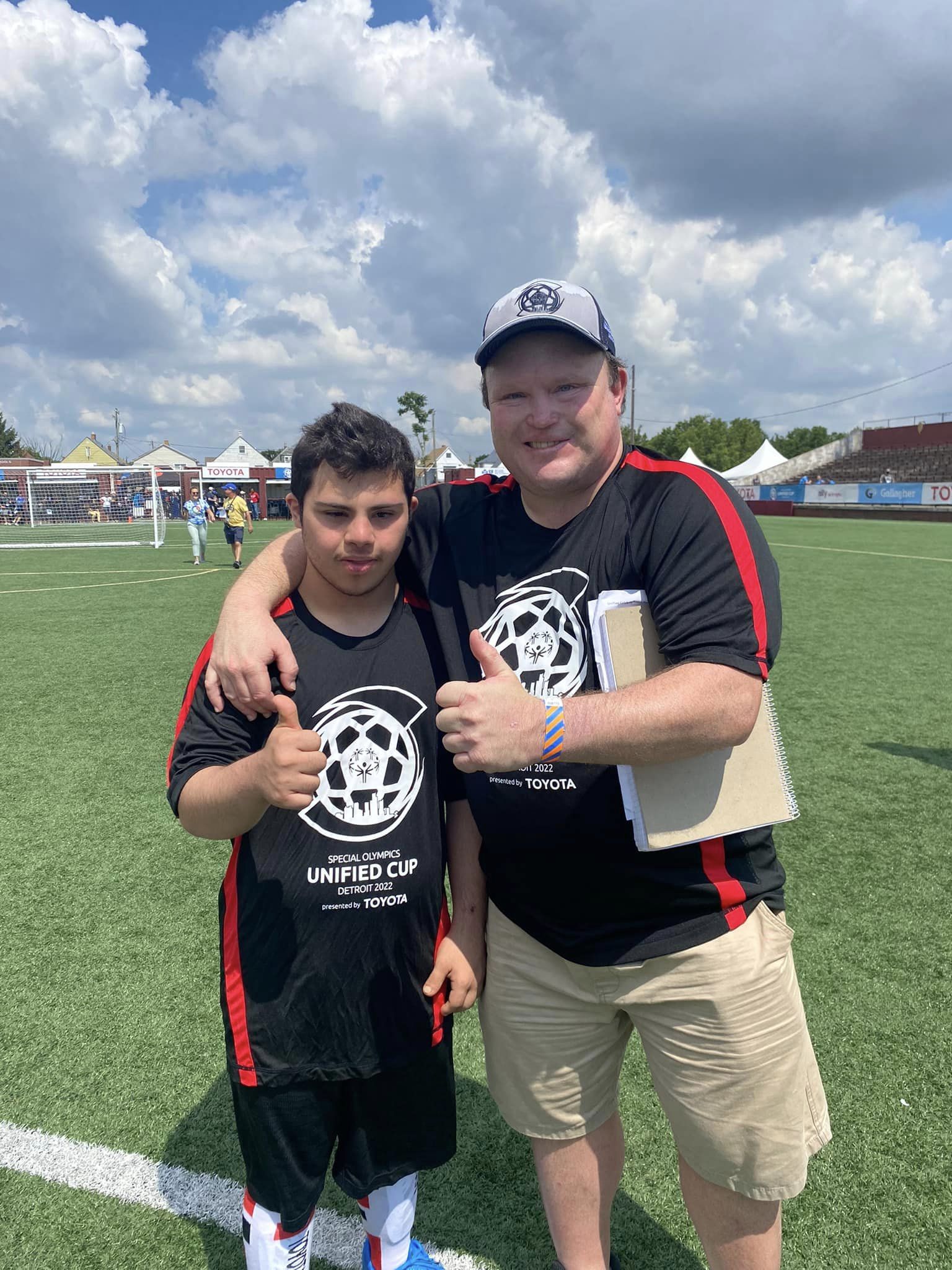 “I’m not tracking athletes or Unified partners, only players,” Haack said. Whether the player has an intellectual disability (ID) is irrelevant. “I see everyone on the field as equals. That truly encompasses was Special Olympics and Unified sports is all about.”

Haack’s goal in tracking? To make sure each player is included. Haack’s overall goal is to strive for meaningful inclusion: an overall understanding of each player’s role, in order to succeed as a team. For example, to other football spectators, if a player on the Special Olympics Guatemala team scores four goals in a single match, it may seem like one player is dominating; however, Haack focuses on the overall play as a whole. When each member on the team has the opportunity to actively participate in match play, the team has achieved meaningful inclusion.

Not only is Haack encouraging the spread of meaningful inclusion at the Unified Cup, he aims to ensure that inclusion continues throughout Special Olympics programs in the future for generations to come.