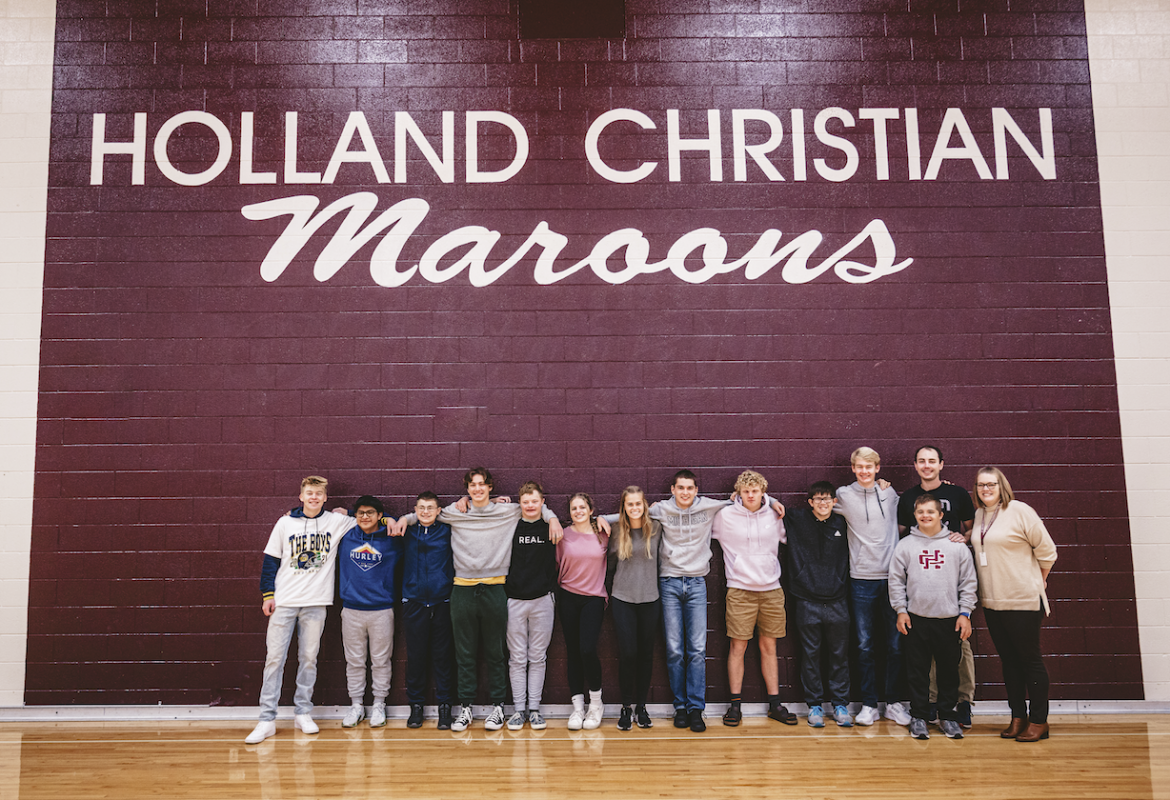 (HOLLAND, Mich.) – It was a shoot-out showstopper that secured a dozen athletes from the Unified Holland Cristian soccer team a spot at the 2022 Special Olympics USA Games in Orlando, Florida.

The Holland Christian Maroons took on the United 12, also based out of West Michigan, in the soccer finals game at the 2021 Special Olympics Michigan Fall Games at the Unified Sports and Inclusion Complex on Oct. 16. The competition, sponsored by Ally Financial, ended in a nail-biter finish, as it was the Maroons final goal in an overtime shootout that landed the win and a gold medal.

This week, the team was surprised with the news they had qualified for the 2022 USA Games.

“We had been talking about Florida for a little bit, but we didn’t know if it was going to happen, even after that championship game,” said Ty Vanwieren, Holland Christian’s head Unified soccer coach. “For Special Olympics Michigan to surprise the kids, it was the coolest thing to see their reaction.”

In August, Holland Christian was designated as a Unified Champion School. To achieve this award, the school successfully met 10 standards of excellence determined by Special Olympics, with a focus on Unified Sports, inclusive youth leadership, and whole-school engagement.

Special Olympics Unified Champion Schools was founded in 2008 and funded through the U.S. Office of Special Education Programs at the U.S. Department of Education to use Special Olympics as a way to build inclusion and tolerance in schools. Unified Sports are now in more than 4500 elementary, middle and high schools in the United States.

“Our team really plays in the spirit of Unified,” said Ann Pawloski, Inclusion Teacher at Holland Christian High School. “I look at our team as a family. Earning this, for them to be able to represent Michigan together, is a big deal to them.”

Additional members of the 2022 USA Games delegation for Special Olympics Michigan will be announced on our social media channels in the coming weeks.