Chatting with the Chairman: A Front Row Seat to the Best in Humanity

Special Olympics Michigan (SOMI) Athlete, Max Hinga (19), has spent his life creating his own opportunities. The teen has traveled the Unified States as an advocate for Special Olympics, most recently participating in the 2022 USA Games in Orlando as a Youth Ambassador.

Taking the pitch as part of Special Olympics USA for the Unified Cup Detroit 2022 was an opportunity the Kalamazoo native narrowly missed, failing to make the team. However, not playing didn’t stop Hinga from actively participating in a week of inclusion.

Hinga, a member of SOMI’s Youth Activation Committee (YAC), traded in his athlete title for a new leadership role, serving as a sideline reporter at the Unified Cup. This role aimed at sharing stories of inclusion from counties around the world participating in the week-long event.

With a natural curiosity and a hunger to create an inclusive world for himself and others, Hinga interviewed Special Olympics Chairman, Timothy Shriver, on his nearly four decades of experience serving the Special Olympics movement. What started decades ago as a summer camp in his mother’s backyard has grown into an international household name. “Maybe I never believed it,” Shriver explained on the global impact of Special Olympics. “I always hoped it, and maybe that was enough.” 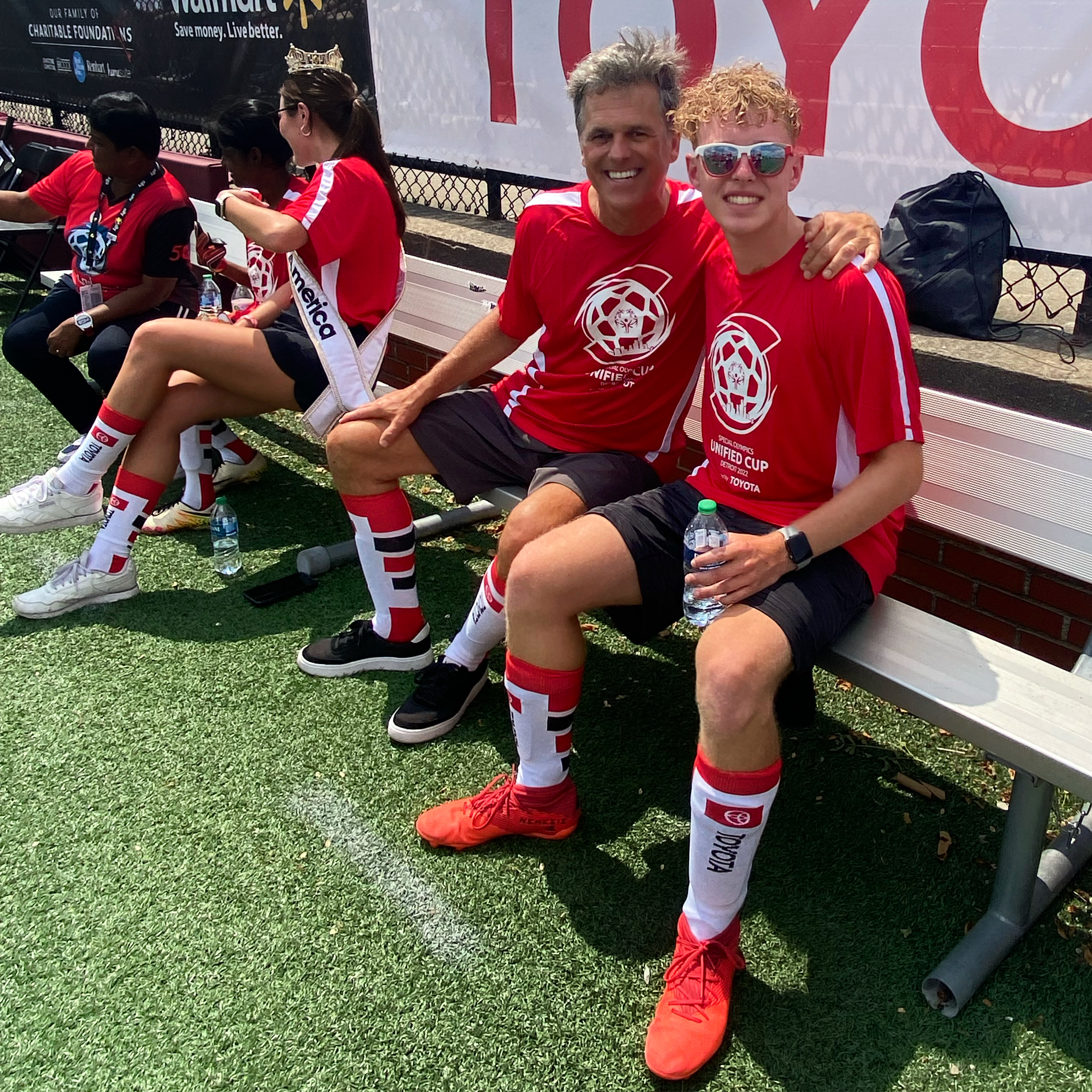 As a big-thinker, Hinga is on a personal mission to change the world, using his disability (Autism) as a tool. For Hinga and Shiver, their devotion to being a public servant is fueled by passion.

“I have a great time,” Shriver told Hinga about his commitment to Special Olympics. “Life is full of a lot of things you feel like you have to do. Sometimes you get to do things you love. I love being involved with the athletes, volunteers, and partners because they bring me so much joy. I think that is what I want in life.”

The Unified Cup marked an opportunity for Unified teams to showcase the impact sport has to bring communities – or in this case countries – together. The international football (soccer) tournament showcased a week of quality competition, featuring the best of the best.

“I love seeing those athletes. I love seeing the Jamaican team playing against the Moroccan team for 60 minutes of nothing-to-nothing soccer back and forth, kicking, diving, falling, and showing extraordinary skill,” Shriver explained of his time in Detroit. “In the end, what our Movement is about, is we all have skills. No one is left out. We want the world to see that. When I saw those athletes, I was like ‘wow – this proves the point.’”

While the Special Olympics movement is impacting athletes, it’s also changed him on a personal level.

“It’s made me a better person. It’s made me see myself with a little more compassion. I think this movement has taught me compassion for myself. It’s taught me a lot of ways to see other people with joy,” Shriver said. “It’s given me a front-row seat for the best of humanity.”

Hinga participates in Unified soccer, alpine skiing, softball, and track events as a SOMI athlete. He is an avid recreational runner, and hopes to qualify for the Boston Marathon 2023.